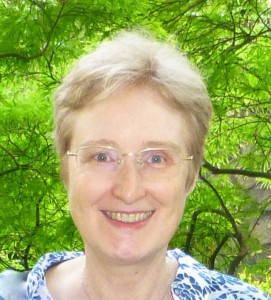 Dr. Patricia Duff was the founding Director of the Centre for Research in Chinese Language and Literacy Education at the University of British Columbia, Canada, where she is Professor of Language and Literacy Education. Her primary research activities concern the processes and outcomes of (second) language learning and language socialization in secondary school and university classroom contexts (foreign/second language, bilingual/immersion, mainstream content courses), as well as in workplaces and communities more generally. She is also very interested in research methods in applied linguistics.

Dr. Guofang Li is a professor and Canada Research Chair (Tier 1) in the Department of Language and Literacy Education at UBC. Her research interests focus on three interrelated areas of concerns: a) Asian immigrant children’s home literacy practices; b) cultural conflicts and educational dissensions between Asian immigrant parents and mainstream schools/teachers regarding literacy learning and instruction; and c) Asian children’s social processes of learning, especially the impact of the “model minority” myth, social class, and cultural identity on language and literacy development.

Dr. Duanduan Li is Associate Professor of Chinese Applied Linguistics, and was Director of the Chinese Language Program in Asian Studies at UBC for 9 years. Prior to coming to UBC, she was Director of the Chinese Language Program at Columbia University, New York. Her research interests and publications are related to sociolinguistics, pragmatics, language socialization, second language acquisition (both of Chinese and English), and heritage language teaching and learning. Her primary current research focus with respect to Chinese is on the languages, literacies and identities of Chinese heritage language learners. She has also co-authored a number of Chinese language textbooks for university students in Canada and the United States.

Ryuko Kubota is a Professor in the Department of Language and Literacy Education in the Faculty of Education. Her main area of research is critical applied linguistics with a focus on culture, multiculturalism, written discourse, race, and critical pedagogy. Her articles have appeared in such journals as Canadian Modern Language Review, Critical Inquiry in Language Studies, Foreign Language Annals, Journal of Second Language Writing, Modern Language Journal, TESOL Quarterly, Written Communication, and World Englishes. She is an editor of Race, culture, and identities in second language: Exploring critically engaged practice (2009, Routledge).

Dr. Ross King was Head of the Department of Asian Studies at UBC for 12 years. His research and teaching are in the area of Korean language and linguistics and encompass the following: Korean historical linguistics, dialectology (e.g., dialects preserved by ethnic Korean minorities outside of Korea), the history of Korean linguistics and Korean thought, language and nationalism, language ideologies, translation, and language pedagogy (K-12 and post-secondary). He has also long been involved with the Korean Language Village at Concordia Language Villages in the United States. He and his UBC colleagues produced an online character animation resource for the teaching and learning of Chinese, Japanese, and Korean with support from several UBC Teaching and Learning Enhancement Fund Grants.

Prof. Henry Yu was born in Vancouver, B.C., and grew up in Vancouver and on Vancouver Island. He completed an MA and PhD in History from Princeton University. After teaching at UCLA for a decade, Yu returned to UBC as an Associate Professor of History to help build programs focused on trans-Pacific Canada. Yu himself is both a second and fourth generation Canadian. His parents were first generation immigrants from China, joining a grandfather who had spent almost his entire life in Canada. His great-grandfather was also an early Chinese pioneer in British Columbia, part of a larger networks of migrants who left Zhongshan county in Guangdong province in South China and settled around the Pacific in places such as Australia, New Zealand, Hawai’i, the Caribbean, Southeast Asia, the United States, and Canada. Currently, he is the Director of the Initiative for Student Teaching and Research on Chinese Canadians (INSTRCC) and the Principal of St. John’s College at UBC, as well as a Board Member of the Chinese Canadian Historical Society of British Columbia (CCHSBC).